PLEASE NOTE: This car is located in Houston, Texas.


While Standard-Triumph enjoyed strong success of its TR2 and TR3 sports roadsters, the company was at a crossroads by 1955 with the sudden departure of its lead stylist. Salvation came by way of a chance meeting between Harry Webster, Triumph’s Technical Director, and young stylist Giovanni Michelotti, who had already created a sensation with his many forward-looking designs penned for Italian coachbuilder, Vignale. Shortly thereafter, Michelotti produced a finished TR prototype for Triumph within just three months, before restyling the company’s Vanguard and designing the new Herald.

Next, Michelotti designed the TR4 for Triumph, which debuted in 1962 and was quickly followed by the TR250, which also introduced a new torquey, yet incredibly smooth inline six-cylinder engine. Retaining body-on-frame construction and powered by the six-cylinder engine of the outgoing TR250, the new TR6 debuted in January 1969 with styling by Karmann of Osnabruck, Germany, featuring a dramatically revised frontal treatment and aero-efficient Kamm-style tail panel.

The TR6 enjoyed immediate acceptance and strong demand from sports-car purists. In its road-test report, Road & Track magazine editors described the TR6 as a “…distinctive combination of qualities at a reasonable price,” praising its excellent engine, luxurious interior and easily operated folding top. Steady improvements applied to the TR6 were made in response to tightening emissions and safety regulations in the United States and when production ended in 1976, many enthusiasts regarded the TR6 as representing the end of the line for traditional British sports cars.

The 1972 Triumph TR6 offered here was manufactured in November 1971. An original Paint Code 54 (Saffron) car with Trim Code 11 (Black) cockpit, this TR6 is offered in green paint over original tan upholstery. Equipped with a black convertible top, this TR6 rides on a set of Minilite-style wheels and the dual-carbureted ‘six’ breathes through dual exhaust outlets. An original-appearing owner’s manual is included. The gauges require reinstallation and following this work and a thorough review and servicing, this 1972 should provide miles of enjoyment on your favorite stretch of open road. 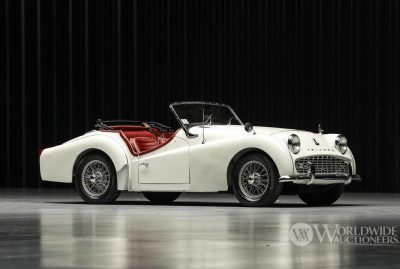 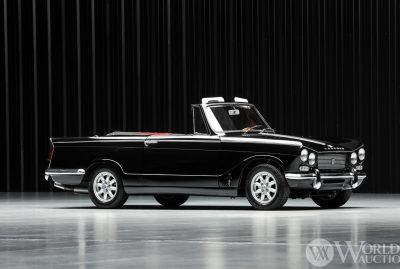 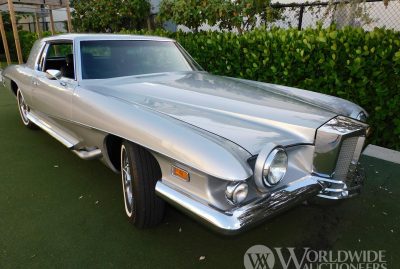