*This vehicle is part of the Militaria & Aviation Auction and is subject to a 21% Buyer's Premium (3% cash discount).


For the last half-century, Dodge has been a byword for durability. This was no less true when the U.S. Armed Forces used the rugged Dodge WC light duty military truck in vast numbers. The ubiquitous ‘WC’ would carry supplies, weapons, dignitaries, wounded and great generals to the four corners of the Earth. The ‘WC’ took part in one of the greatest and most influential conflicts the world has seen. Dodge began supplying the U.S. Army before the First World War. The company continued to grow, and their innovative engineering impressed the U.S. military, who commissioned Dodge to create a purpose-built and versatile light-duty truck. The ‘WC’ was approved for military service in mid-1940 by the U.S. Quartermaster Corps. The ‘WC’ is often mistaken for an abbreviation for ‘weapons carrier,’ but its true meaning initially was ‘W’ for the year 1941 and ‘C’ for its half-ton capacity. The ‘WC’ would grow to be a ¾-ton truck which allowed for a variety of specialized purpose-built bodies. Two of the most common varieties were the pickup weapons carrier and the ambulance. But another variety had an important and profound effect on the U.S. Army’s ability to wage a war to defend freedom and it was embodied in the command reconnaissance type, designated the WC-56 and WC-57, with included a winch. Equipped with a radio and its rugged 4x4 drive system, these ‘WCs’ were able to carry, relay and find the enemy wherever they were located. It allowed the U.S. Army to coordinate its operations and execute its mission to liberate oppressed regions of the world, from Europe to Southeast Asia.

On offer at the inaugural American Festival is a WC-57. It has a long and fascinating story. Around 1950, Guy Franz Arend began collecting WWII artifacts, including vehicles of significance throughout Belgium. In 1975, Mr. Arend opened the WWII Victory Memorial Museum in Belgium. The WC-57 is known to have been in the collection on display and presented as one of General Patton’s specially modified command cars. In 2000, the WWII Victory Memorial Museum collection, assembled by Mr. Arend, was acquired by the Dean Kruse Foundation WWII Victory Museum, and presented as General Patton’s command car. During its life at the DKF WWII Victory Museum, a curator of the collection met with a veteran who relayed his personal history as an Army mechanic during World War II. This veteran recalled performing maintenance on this very WC-57 and confirmed that it was used by General Patton.

This vehicle is now for auction to benefit the J. Kruse Education Center, a 501(c)(3) nonprofit organization, whose mission is to assist returning veterans and K-12 students discover their God-given talents and passions and guide them toward a specific career path. This will be achieved by creating unparalleled immersive career exploration experiences. 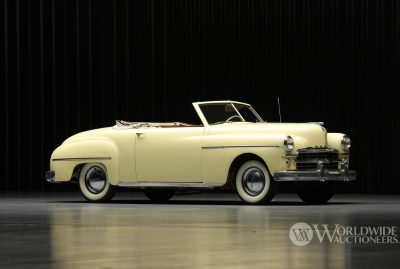 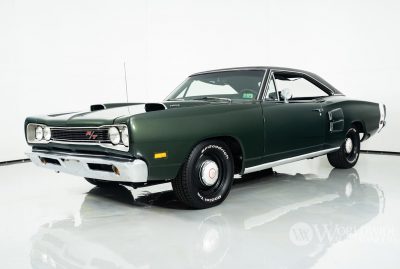 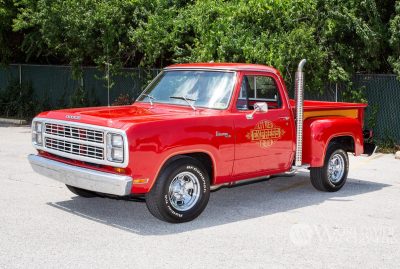