*This vehicle is part of the Militaria & Aviation Auction and is subject to a 21% Buyer's Premium (3% cash discount).


The pre-World War II image of Packard is one of graceful, luxurious, and innovative motorcars. With the styling cues of streamlining during the mid-1930s, Packard cautiously followed suit. By the introduction of the 1942 model year, the distinctive pontoon fenders had disappeared. With the fastback sedan body styling and lack of running boards, Packard looked remarkably different than its predecessors. When the 1942 model year was introduced in August of 1941, the world was changing rapidly. Imperialism was expanding in Europe and Asia and there were those in the U.S. government who foresaw America’s involvement.

Just before the U.S. entry into World War II, the Army began purchasing civilian passenger cars form dealership stock. One of those automakers to benefit from the sudden military need for staff transport was Packard. Intended for use by high ranking staff officers due to its size and comfort, the U.S. Army acquired 487 Packards from 1941 to 1943. Although civilian car production ended in February of 1942, Packard continued production for governmental and military purposes.

This Packard is the Clipper Special (2001) model and Touring Sedan body style. The touring sedan body featured a fastback styling for the rear backlight and trunk imparted an aerodynamic aesthetic. Packard advertised “those long, low, racy lines you admire so much do more than delight or eye.” The Clipper styling “beauty pays off … in more miles per gallon!” It features factory-equipped turn signals and electric clock, often options with Packards competitors. Its interior appears to have its original upholstery and trim.

Currently livery of Supreme Headquarters, Allied Expeditionary Forces (SHAEF) as General Eisenhower’s personal transport. Painted in distinctive U.S. Army Olive Drab by the WWII Victory Museum. To signify its status a fender pennant and bumper plate with four stars accompany the car. Equipped with a bumper mounted siren to let all before you know who has arrived. This is your chance to purchase a rare 1942 luxury car, authentically recreating the staff car of one of the greatest generals in history.

This vehicle is now for auction to benefit the J. Kruse Education Center, a 501(c)(3) nonprofit organization, whose mission is to assist returning veterans and K-12 students discover their God-given talents and passions and guide them toward a specific career path. This will be achieved by creating unparalleled immersive career exploration experiences. 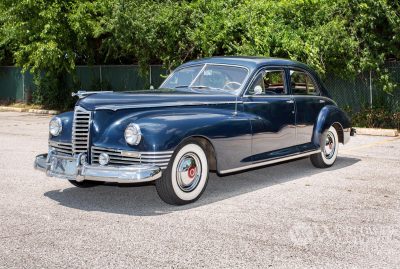 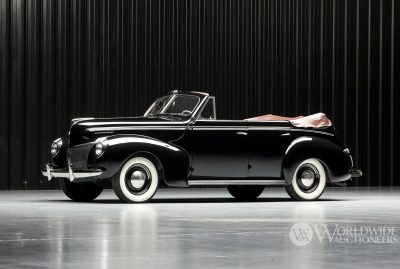 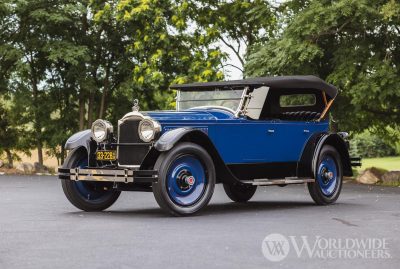