Fiat’s legendary 519s Torpedo Sport Speciale, styled by Carozzeria Bertone, is about as elusive as the lost city of Atlantis and arguably as desirable. Until an unlikely discovery in 2001, the rare, 25-car-production model was thought to have been lost to the sands of time. This is the only known Fiat 519S, short-wheelbase Torpedo to still exist. The first automotive company in Italy, Fiat was established in 1899 and today has risen to become the largest car company in the country. Their most desirable model in history? The original 519S Torpedo Sport Speciale. How many are known to exist? One. And this is the car. This rare, lost treasure of automobile history was unearthed in a barn in Australia back in 2001. When Hans Compter, an avid collector and restoration specialist, spotted the car for sale in Richmond, Australia, he knew he had discovered something extraordinary. The shorter wheelbase and distinguishing V-pointed radiator confirmed it couldn’t be anything else but the 519S Torpedo Sport Speciale. He immediately made the deal. Back home in Kauri, New Zealand, Compter embarked on a five-year restoration project, along with his son and a team of master restoration specialists. Although a laborious, frame-up restoration was to follow, this legendary 519S Torpedo retained its original body number, 524, which is stamped on the fenders and hood slats. Through technical drawings, courtesy of Storico Fiat in Torina, they resurrected the historic motorcar’s structural components. The torpedo body’s arched flanks and concave tail, which was inlaid with steam-bent hardwood, were all meticulously recreated by the expert team. The truly iconic, original V-pointed radiator was restored by the specialty Dutch firm, Blaak. The wheels, with beaded-edge tires, were specially commissioned to deliver the totally correct profile. The accurately, reconstructed body was then painted deep red and offset by a black chassis and convertible top. Inside, the car was outfitted with complementary red leather interior as well as opulent wooden components and brightwork, which polished off the ultimate representation of the Gilded Age automobile. Under the hood, the 519S Torpedo was quite innovative for its mechanics as well as its styling. The overhead-valve, six-cylinder engine delivered a then-impressive 40 horsepower and had a top speed of 79 miles per hour; it was also outfitted with a four-speed gearbox and hydraulically assisted drum brakes. Arguably this particular example’s most impressive attribute of all is the original engine, which is verified by Fiat Classiche Certificato di Origine and is included with the sale. An additional 519 engine, gearbox, original parts book, restoration file, photo book and discovery photos will also accompany the purchase. Fiat produced only 2,411 vehicles from the 519 model between the years of 1922 and 1927. These were manufactured in four-door sedan, four-door limousine and four-door convertible. Out of this small number, only 25 are known to exist. Of those remaining 25, this is the only short-wheelbase Torpedo Fiat, or 519S Torpedo Sport Speciale, known to history. Without a doubt, the most visually striking 519 Fiat, it also stands amongst the most dazzling automobiles of the stylish Roaring ‘20s. The well-documented owners have never exhibited this historic beauty, which reportedly drives as delightfully as it looks. In short, this is a chance of a lifetime and is guaranteed to be a singular highlight and debut at any Concours d’Elegance in the world. 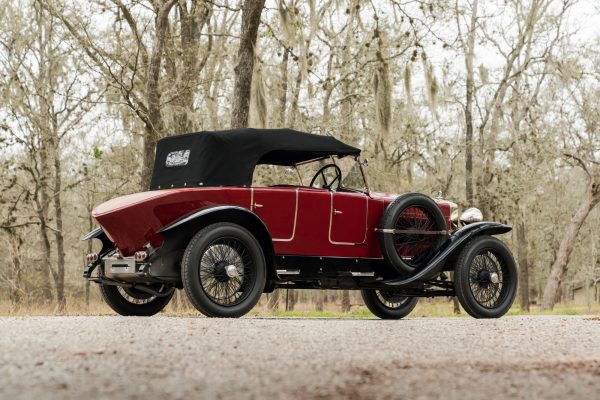 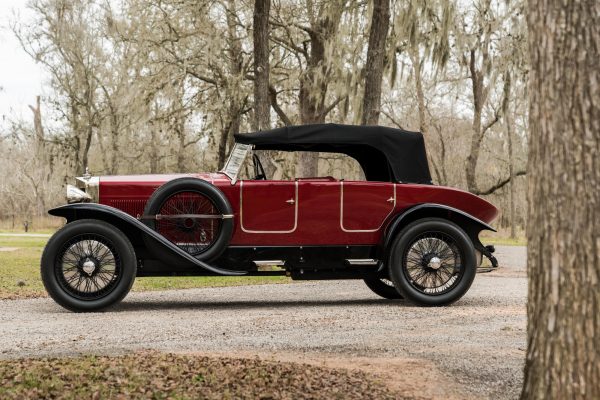 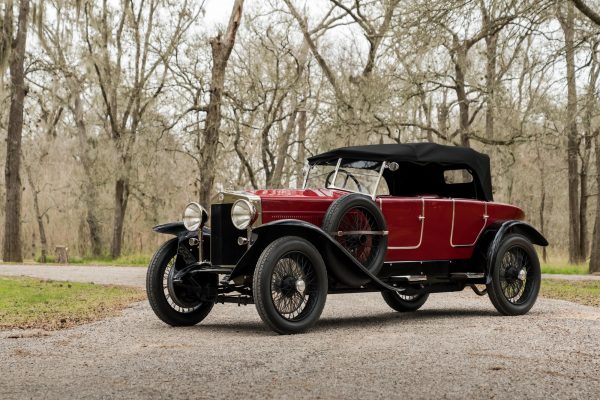 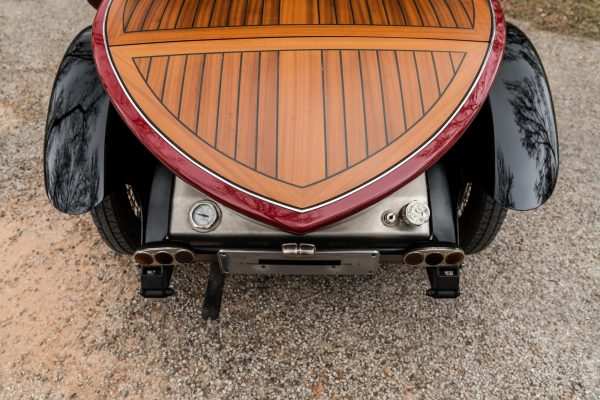 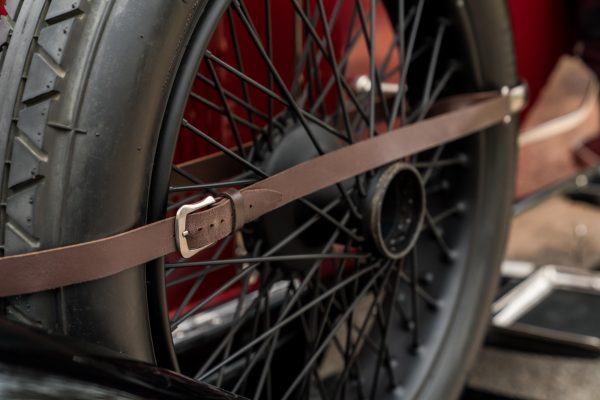 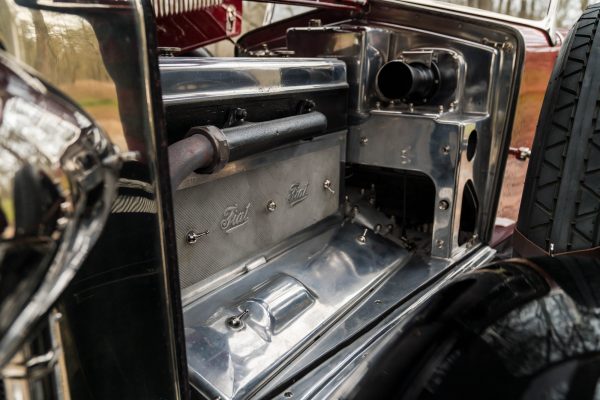 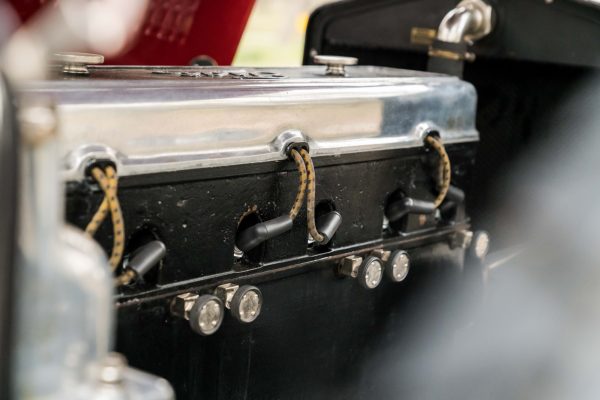 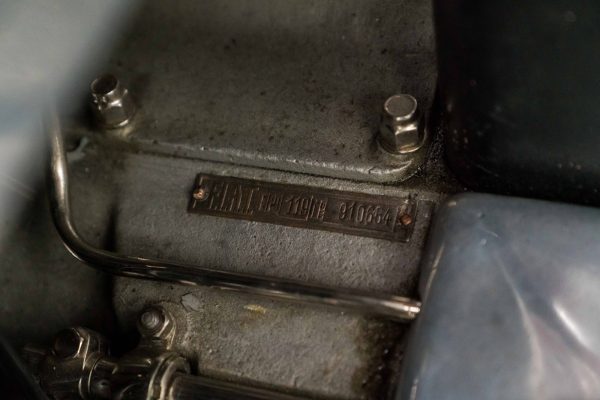 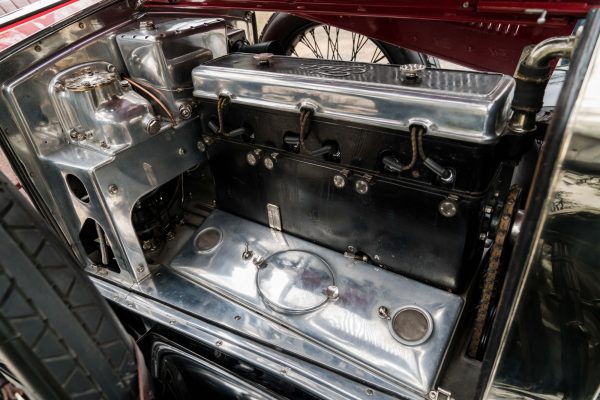 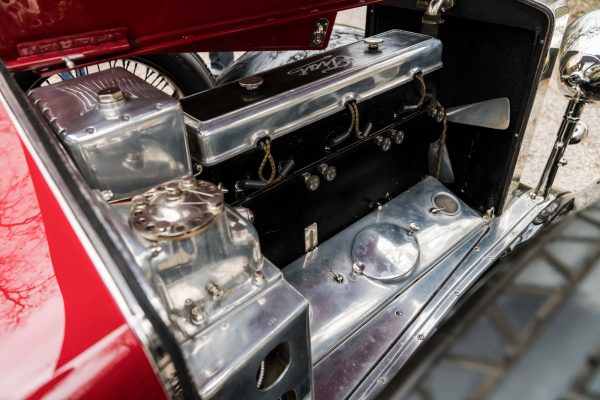 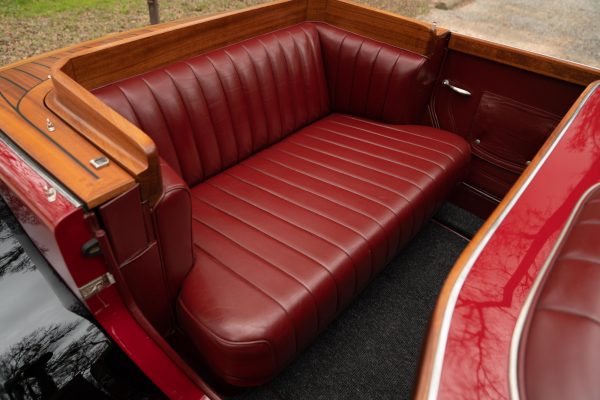 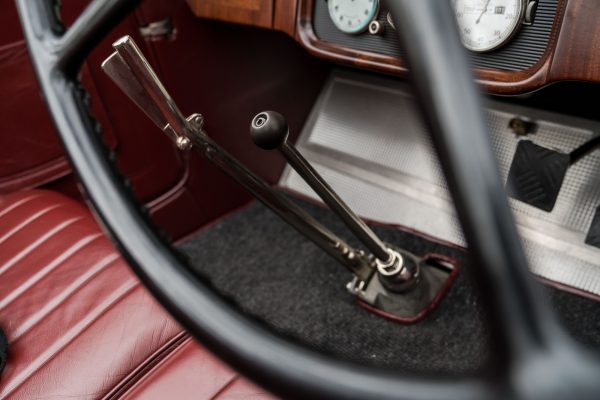 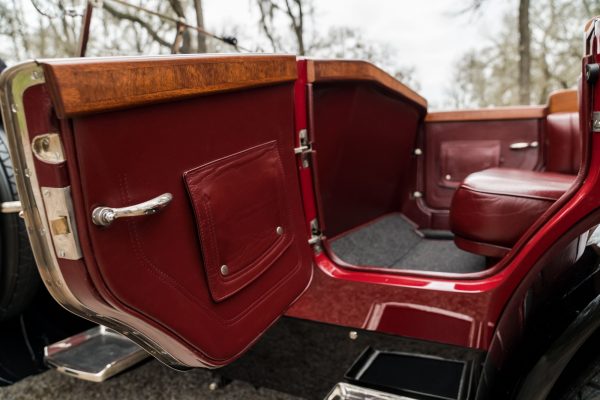 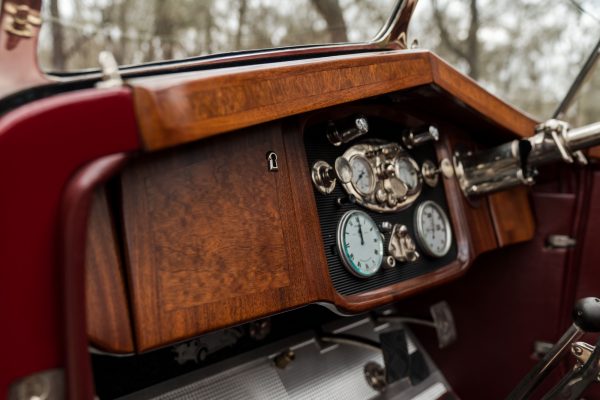 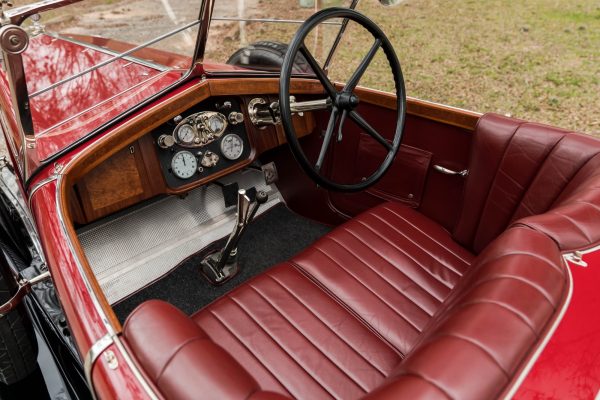 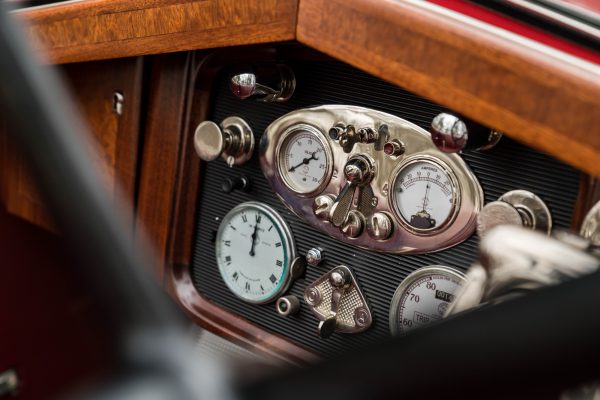 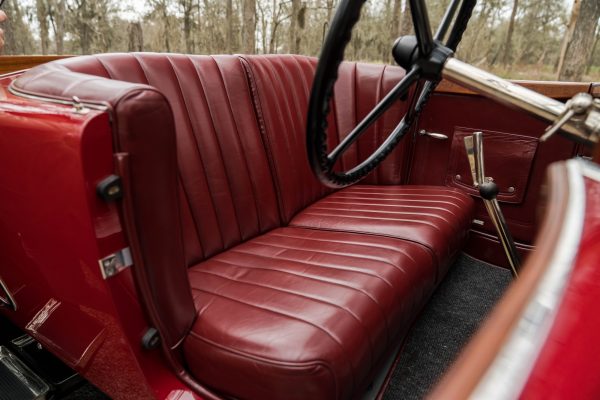 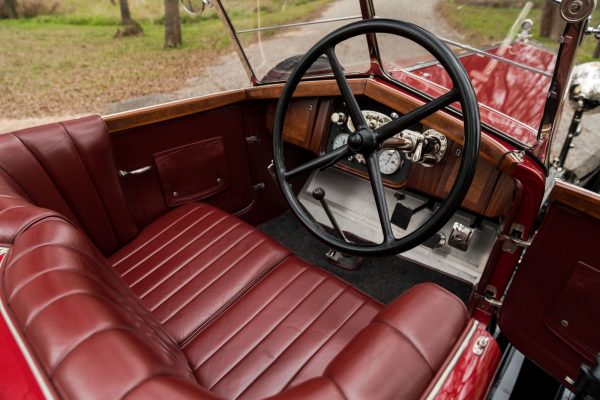 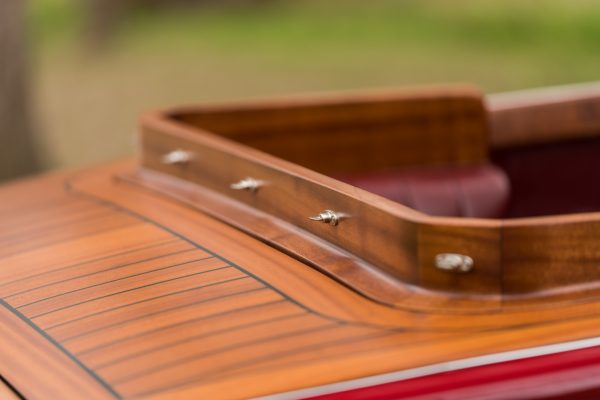 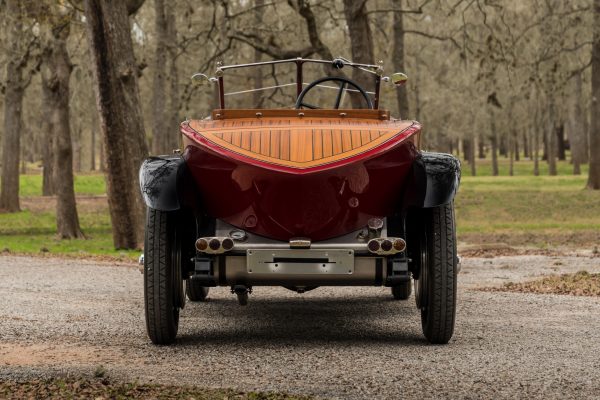 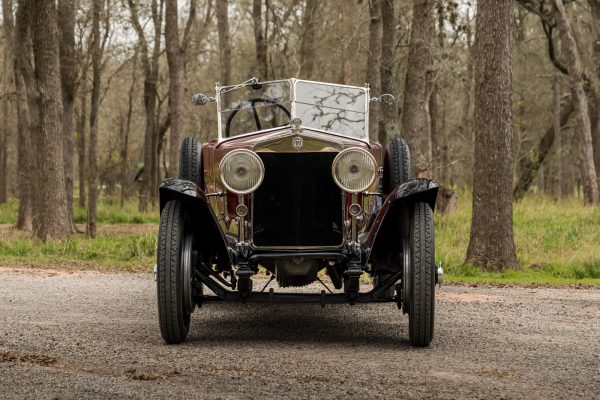 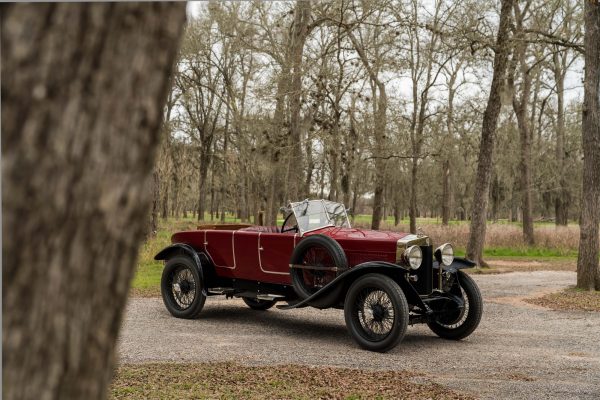 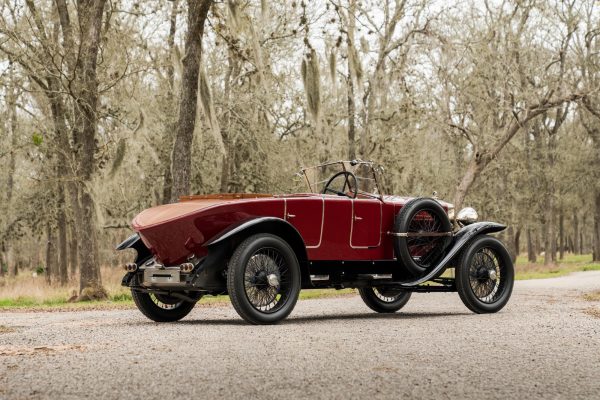 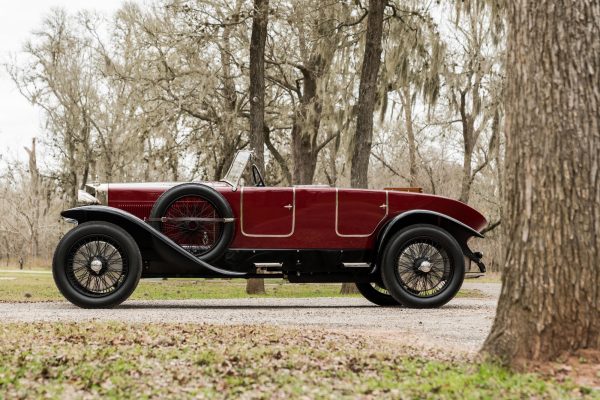